There has been a lot of talk lately about the boy child, it may have affected our weather patterns. Many are wondering what is happening to him. Has he become weak? Some may think. Is he endangered owing to the empowered female who is taking over the world? Others might argue.

You see, a lot of good stories have been shared on the good effects the girl child empowerment has had on the society. Accolades. When you educate a girl, you educate the village, they say. I am quite supportive of the girl empowerment and the positive effects it has had on society.

Yet, what about the boy child.

It made me think, after having an online discussion with a friend. Is the girl child empowerment happening at the expense of the boy child, and maybe, just maybe, to the detriment of the girl child? I have a son and therefore this matter is close to my heart.

More and more women are rising in different spheres which have been considered predominantly male. Many are leading mega corporations around the world. A number of women are now earning more than their male counterparts, including their spouses. I, we, have seen the effect this has had in homes, especially when not managed properly, as a result of the man being treated or feeling inferior.

It made me set out on a mission recently. A mission whose purpose was to seek to understand what the men feel about this matter. How has girl child empowerment affected them? The mission is still on, the report still incomplete. I will seek to table it, table the men’s views, in a series of articles.

If you are a woman, I ask you to keenly listen. Don’t be quick to judge or speak. We have brothers, husbands, fathers, sons, nephews, uncles in our lives. I hope you will hear them out. Listen. Kindly.

Quite a number of men appreciate the positive impact of this girl child empowerment. Some of our ancestral ways truly deprived some women of their dignity and pride. Women have been marginalized over the centuries. However, the fact that girls have been marginalized in the past should not be any excuse for boys to suffer in present times, they say.

So how has the empowerment affected the boy child?

It appears that the boy child has been left to fend for himself without the much support the girl child has received, support he used to receive from the community as it was in the yester-years. There was a time every parent longed for a boy child as the boy would be guaranteed to provide, protect and offer leadership to the family. It appears, according to views, that the reverse is now there being a preference for girls due to the fact that they are more reliable and dependable to take care of their aging parents.

Boy child. Does he need empowerment as well? They, not I, say that the society calls him the MAN! And at the mention of that name, he is supposed to take care of himself. No tears, they tell him. Be strong, they keep telling him. And because he is a man, he will figure out what to do. He is a man after all. No need to worry about him. However, he has few people to look up to, people to learn from. There are the challenges of absent fathers, few male role models, a community that speaks into the boy child’s life. Remember, they, not I, sayeth these things. 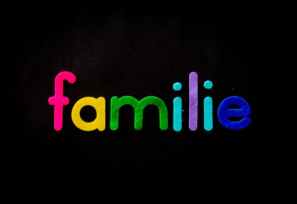 How does the empowerment affect the dating/marriage scene?

Well, most guys fear that the modern woman wants Mr. Superman. Strong, secure, provider, responsible, always meeting their every need. Well, the modern woman is also strong, secure, provider and responsible. Whereas the girl child obtains some form of training through peers or with older women in society, there is little being done to empower the man in this area. I applaud the efforts being done by organizations such as Transformation Nations who run programs that are seeking to restore the honor of manhood. I pray that we can see more of these.

I recently saw one of my friends stating online that she will not attend a bridal shower where the girls talk about what to do in marriage, if the man is somewhere stuck at a stag party instead of obtaining knowledge. My initial thoughts were, well that is harsh.  But when I think about it, really, it does makes sense. The man and woman may come to marriage at different levels of the expectations of their union.

The woman is receiving lots of information on how to survive, say in marriage, balancing careers and family, how to be the best woman in this world, but is the same thing happening to the men? And the men do admit that this is not taking place!

So whose responsibility is it? Anyone?

I leave you with a song by Franci – https://www.youtube.com/watch?v=3TigGh2vfuo.

This site uses Akismet to reduce spam. Learn how your comment data is processed.